For All Ages – The Official Book Trailer
for Frankie and the Gift of Fantasy
(and how to make a trailer for your own book!)

The e-book version of Frankie and the Gift of Fantasy, my new science fantasy novel for young readers, is coming! It launches in just a couple of weeks, on June 16, 2020, and is available for pre-order now on Amazon at the special limited time launch price of only $4.99!

In preparation for its debut, I created a short trailer video to introduce readers to the story. I think you’ll enjoy watching it. I certainly enjoyed making it. Take a peek and leave me a comment letting me know what you think!

Would you like to know how I created it? If so, read on. Who knows? Maybe you’ll want to make a trailer video for your own book one day. Or… perhaps you’re ready to make one now, to give your own creation a bit of a boost as you birth it into the world.

How I made my book trailer video (in Six Steps) 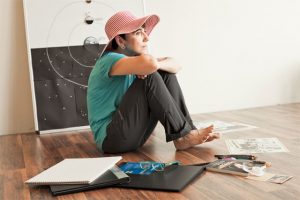 First, I sat for a while and meditated on what “look and feel” I wanted to create in my trailer video. It was an interesting process for Frankie’s tale, because his adventure is, at once, a fun romp on the other side the galaxy and a story of transformation and redemption, where he emerges from the stifling shadow of his parents into a future of his own choosing. Ultimately, I chose to focus on the latter, and to follow the arc of the story from that perspective.

I’m somewhat adept at creating Microsoft Office PowerPoint presentations because I’m a professor and often use PP to deliver lectures to my students. So, I started with that particular video creation program. As I played around with it, I was astounded by its sophistication and capabilities. By making liberal use of the “transitions” and “animations” features, I could create a slide show that ran on its own (as soon as I started the slide show, it moved from one slide to the next after a prescribed length of time, with no input from me). I also able to pull representative “still” illustrations from the interior of the book, while still creating the “video” feel I was after. 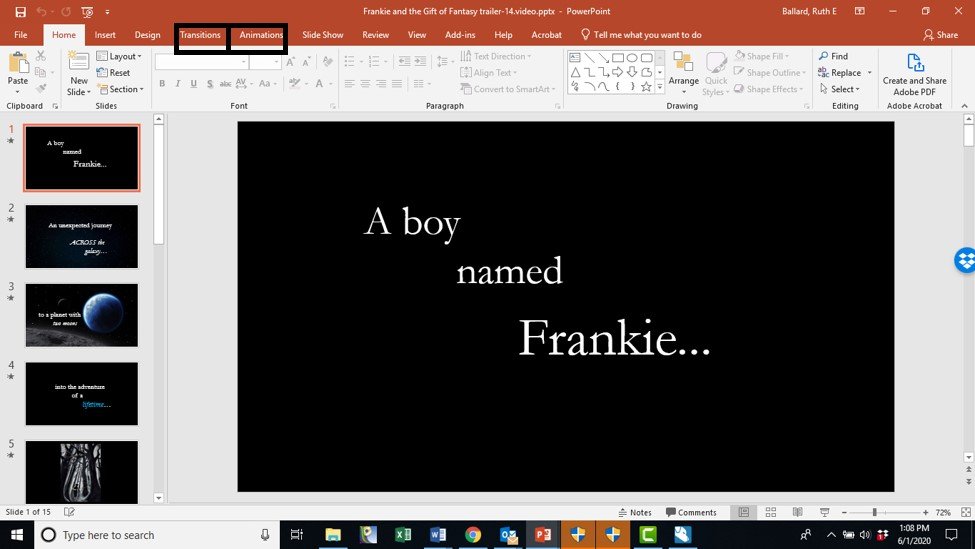 Once I was satisfied with the slide show (I was aiming for under 2 minutes to keep my viewer’s attention), I saved it as both a PP slide file (.pptx) and an mp4 video (see the “Save As” options in PP). Then I imported the mp4 video into Camtasia, a powerful, easy-to-learn video editing program.

In Camtasia, I was able to add audio to the video (music and sound effects). To make sure I wasn’t violating any copyright laws for the music, I bought a subscription to Epidemic Sound, which offers access to a huge and varied selection of royalty-free assets. Once there, I browsed for sound tracks that were “epic,” “adventurous”, and “hopeful.” I was looking for tracks that were about the same length as my video and captured the “feel” of Frankie’s hero’s journey. Eventually, I settled on “And the End” by Bonn Fields.

I had to cut and paste a bit to match the video length and the audio length, but it wasn’t difficult. I made liberal use of Camtasia’s “fade in” and fade out” audio features, and the “transitions” video features to smooth the rough edges. 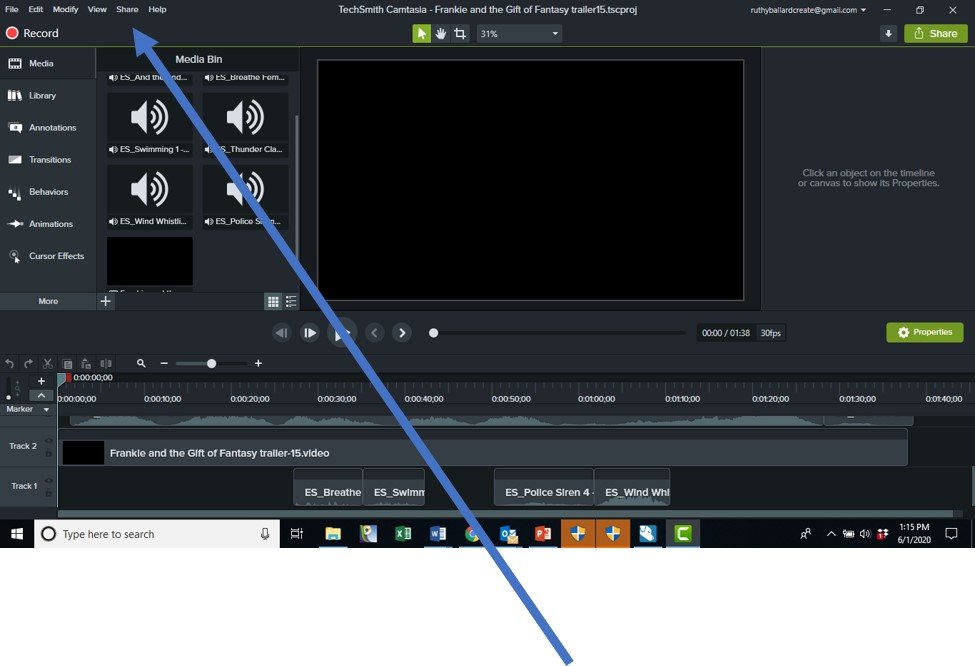 Once I was happy with the final product, I chose the “Share” option in the menu, and chose “Local file” to save it to my computer as a mp4 file (now containing both video and sound), where I was able to share it via Dropbox with friends and family for comments. I’ve found it very helpful to get feedback on my work before making it public. I got some excellent suggestions, and I used them to make the video even stronger. For example, the original opening slide was “A boy…” but now it reads “A boy named Frankie…”, which introduces the character right up front. (Nice tweak courtesy of my marketer and book Sherpa, Gail Kearns, from To Press and Beyond.

With the final product finally in hand (ta-da!), I posted the Camtasia-created mp4 file to my Ruthy Ballard – Artist, Author, Scientist YouTube channel, my RuthyBallard Facebook page, and other public venues, where I hope it inspires my viewers and visitors! 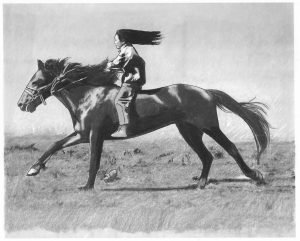 For All Ages: The official book trailer for Tales by Moons-light: Stories from before the Great Melt 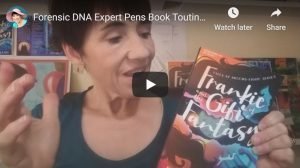 For Adults: Frankie and the Gift of Fantasy
Launch Video for Parents and Educators 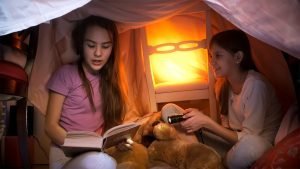